A Reverse Circulation ("RC") drilling program was completed in August of 2018 by PEMC at the Copper King Property, located approximately 35 km southeast of Centerra Gold's Kemess Underground and Kemess East Projects. Drilling was focused on the "North Valley Target Area" at the northern portion of the property where anomalous IP chargeability is coincident with rock, soil, talus and sediment samples that are anomalous in copper ± gold ± silver. Four RC holes totaling 459 metres were drilled with PEMC's in-house track-mounted RC drill, with depths of the holes ranging from 82.3 to 147.8 metres.

Two of the four holes drilled encountered disseminated chalcocite mineralization associated with strong epidote-clay alteration over variable widths and laboratory results have been received for the two assayed holes. Given the geological context and the widespread nature of copper mineralization at surface, that closely resembles that encountered in drilling, the Company believes there is significant potential for a buried porphyry system on the Copper King Property.

Brad Peters, Pacific Empire's President and CEO, states, "Upon completion of the first drilling program on the Copper King Property since 1976, our interpretation of the widespread copper mineralization at surface on the Property potentially representing high-level expressions of a porphyry system at depth remains intact. The relatively small RC drilling program improved upon reported historical drilling results from this area, though the drilled area represents only a small portion of the most prospective ground on the Property." 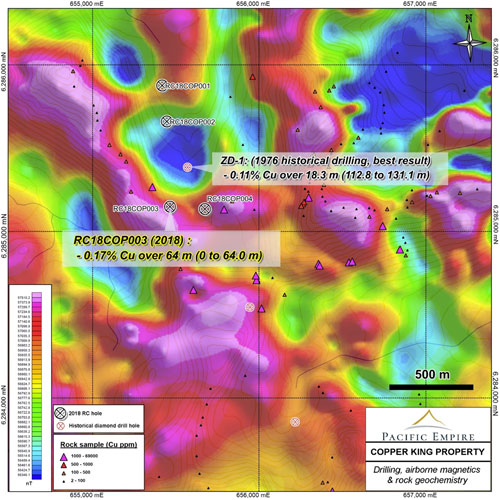 Copper mineralization encountered in the 2018 RC drilling program consisted primarily of fine disseminations of chalcocite associated with localized but pervasive epidote ± clay alteration. Drilling at the "snow hole" showing remains open to the south and has provided early insight into potential vectors that the Company will use to aid in future targeting.

About the Copper King Property

The 4,178 ha Copper King Property is 100% by PEMC. The Property is underlain by Late Triassic Takla Group volcanics, dominated by mafic to intermediate flows and breccias which have been intruded locally by Early Jurassic diorite, feldspar porphyry and granodiorite dikes and stocks. The "Snow Hole" showing, discovered in 2015 by PEMC geologists, is characterized as chalcocite-magnetite ± bornite bearing quartz veins along with abundant chlorite ± magnetite stockwork veins. 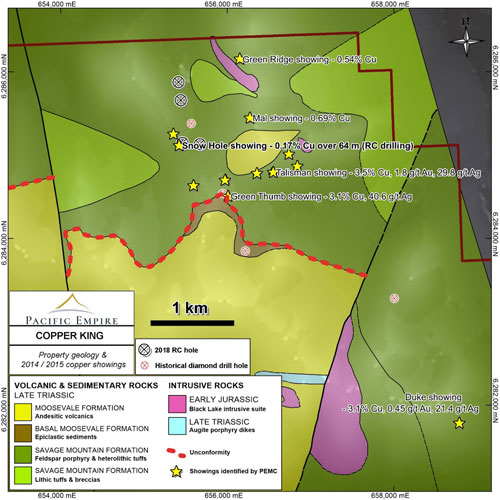 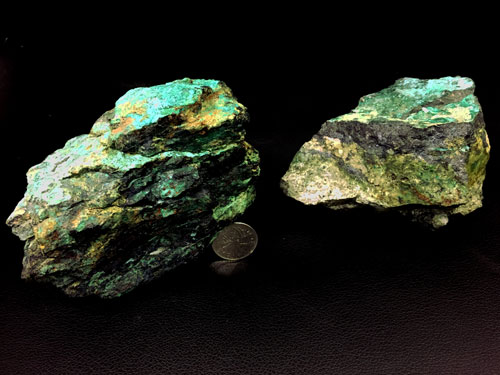 Chip samples collected from 1.5 metre drill runs are split using a 3-tier splitter and subsequently placed and sealed in "Hubco" sample bags before being shipped to MS Analytical in Langley, BC. Certified reference materials consisting of blanks and reference standards are each inserted into the sample stream at a frequency of 1-in-20. Company reference standards, as well as internal laboratory standards, are checked upon analysis as a means of quality assurance.

PEMC is an exploration company based in Vancouver, British Columbia, that employs a "hybrid prospect generator" business model and trades on the TSX Venture Exchange under the symbol PEMC. The Company's strong portfolio of projects is a result of continuous generative work conducted since the Company's inception in 2012.